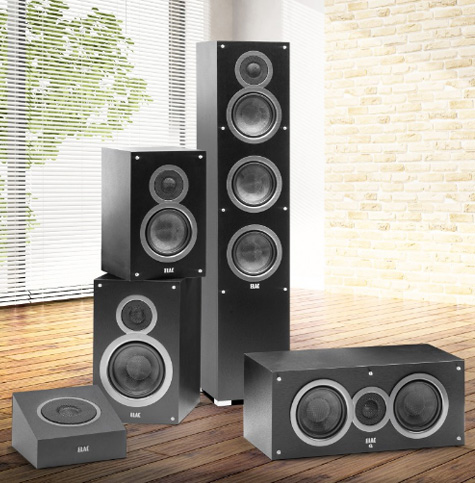 ELAC
Innovation, craftsmanship and superior performance
For ELAC all began on September 1, 1926 in Keil - Germany, when Electroacustic GmbH was founded to focus on the development of sonar technology and the research of signal and sound channels in air and water.

ELAC's passion for music and fascination with sound followed with their first consumer audio product, the PW1 record player in 1948. ELAC continued to lead the burgeoning audio industry with innovative turntables and electronics. During the 1970s and 1980s, every serious music lover had a high-quality turntable, and the fortunate few owned an ELAC, the backbone of the finest sound systems.

By 1984, ELAC began designing loudspeakers. One year later, ELAC's newly developed 4Pi Omnidirectional tweeter, a driver that combined extended range with broad dispersion, brings true "high end" to high-end audio. It turned the listening world on its collective ear and launched ELAC into group of the most elite speaker manufacturers.

ELAC innovation continues, and in 1993, ELAC introduced the JET folded-ribbon tweeter. With an expanded frequency response and proved that a driver whose response goes beyond the limits of human hearing sounds better over its entire range.

ELAC has earned its reputation-from the beginning-through advanced technology, uncompromising build quality, outstanding European design, unequalled value and sound that is second to none.